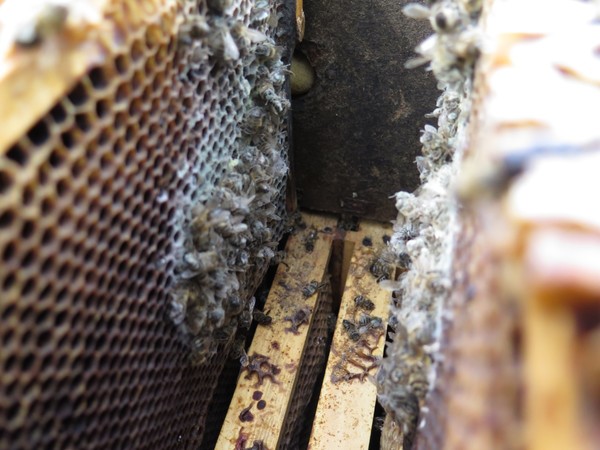 This year, about a fifth of bee colonies, which have been decimated by varroosis for a long time, did not survive the winter in the Czech Republic. This year’s bee colony losses are the highest since 2013, when their regular monitoring began. These data result from a survey made by experts from the Department of Biochemistry and the Department of Geoinformatics at the Palacký University Olomouc Faculty of Science. In the Czech Republic, 1,729 respondents among beekeepers took part in the seventh year of monitoring the success rate of wintering hives.

This time, the highest losses of bee colonies were reported in the Moravian-Silesian Region (35.2 percent) and in the Olomouc Region, where about 30 percent of beehives did not survive last winter. Beekeepers recorded the lowest losses in the Pardubice Region (10.8 percent) and in the Vysočina Region (12.3 percent).

Many beekeepers lost more than half of their hives last winter. The percentage of respondents has increased compared to the winter of 2018/19. “This is an increase of 8.6 percentage points to 14.6 percent. Respondents reported similarly increased frequencies of losses even after the winter of 2014/15,” Danihlík pointed out. In recent years, domestic beekeepers have increasingly encountered extensive collapses of their bee colonies, which, according to the survey, reoccur on average once every two to three years. Researchers are therefore trying to identify the causes of this unfavourable trend and quantify the overall losses through extensive data collection from beekeepers.

Thanks to the survey, experts found that the loss of bee colonies in the Czech Republic fluctuates. For example, after the winter of 2014/15, when beekeepers recorded a high mortality rate, there were very low bee losses recorded in the next year. In the following years, however, losses increased again to 12 to 15 percent. According to Danihlík, extensive bee mortality in recent years have also been reported by beekeepers in neighbouring countries. “Everyone is debating the possible causes; the most probable one seems to be varroosis, which has probably swept through Central Europe,” he added.

According to official records, there are about 686,000 beehives and almost 60,000 beekeepers in the Czech Republic. The results of the Czech survey, organised by experts from the UP Faculty of Science, are sent annually to the international association COLOSS, which monitors the success of bee wintering in Europe. “In regard to the number of answers received, this year is a record year. Of course, this has a positive effect on the quality and representativeness of the obtained results. Data, and especially maps, thus have a greater informative value,” said Jan Brus from the Department of Geoinformatics.

“COLOSS: Monitoring the success of bee colonies wintering” is an international project sponsored by the Swiss-based COLOSS association. The Czech Republic has been involved in the project since 2014, when the first year of monitoring took place. More detailed information and map applications can be found at www.coloss.cz.