Experientia Foundation to support young scientist from the Faculty of Science 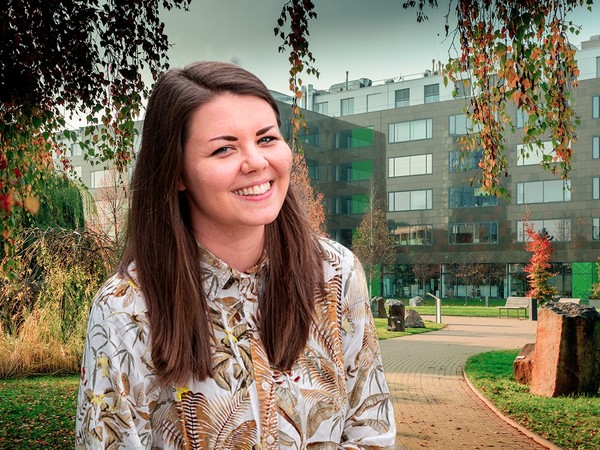 Soňa Krajčovičová from the Faculty of Science is one of this year’s two grant recipients from the Experientia Foundation of the Dvořák couple. The foundation supports young scientists in the field of organic, bioorganic and medicinal chemistry on Czech and foreign internships. The talented scientist has recently travelled for a one-year internship to the University of Cambridge, where she wants to focus on a methodology which will make it possible to prepare multifunctional compounds for the development of a new generation of targeted drugs.

“Receiving the grant means a lot to me, both personally and professionally. It’s a great opportunity that only a few ever get, so I appreciate it all the more. Mr and Mrs Dvořák are fine people, I have been admiring them for many years for what they do for Czech science. At the same time, however, they are very modest and down-to-earth, which is an almost unheard of phenomenon these days. The Experientia Foundation scholarship is a very prestigious affair and in our field it is often the only way a young scientist can look to going abroad after completing their doctoral studies in order to gain necessary scientific experience. That is why I am very glad that I could be one of the awarded scholarship holders this year,” said Krajčovičová.

Soňa Krajčovičová’s project is based on the preparation of spatially locked peptide compounds, which will use the method of ‘stapling’ the peptide to introduce several useful substances into the molecule, such as small organic molecules. This will allow the preparation of multifunctional, biologically interesting compounds. “In the project, I came up with some ideas on how to prepare these substances. It looks simple at first glance, but these are really very complex organic compounds, which usually bring complications in synthesis with them. However, it is a creative challenge for me, and I enjoy challenges,” described the award-winning scientist in the field of organic chemistry.

Soňa Krajčovičová received a scholarship worth 945,000 CZK (37,000 euros) from the Experientia Foundation, thanks to which she will complete a one-year internship abroad at the University of Cambridge in Great Britain, where she has been working in the group under Prof David Spring since July of this year. “Beginnings are difficult everywhere, but I believe I will quickly integrate into the group. I have respect for this prestigious university and certainly am not taking this opportunity for granted. I will try to spread not only the good name of the Experientia Foundation, but also that of the Department of Organic Chemistry at the Palacký University Faculty of Science,” added Krajčovičová.