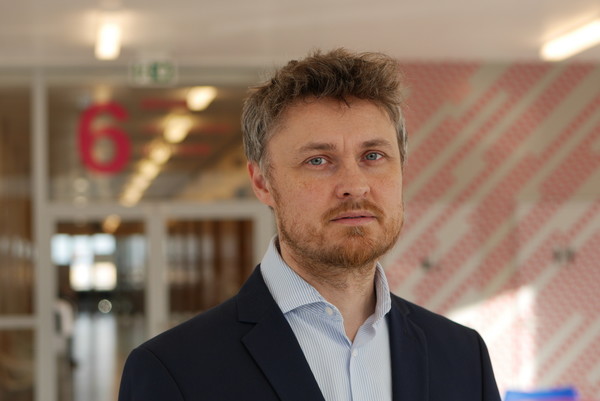 At its meeting on Wednesday, 15 December, the Academic Senate of the Faculty of Science of Palacký University Olomouc elected the current Dean Martin Kubala as a candidate for the position of the head of the faculty for the period from 1 February 2022 to 31 January 2026.

Kubala, who ends his current four-year term on 31 January 2022, was the only candidate nominated. In the first round he received 17 out of 19 votes. Rector Martin Procházka will decide on his appointment to the position of Dean of the UP Faculty of Science.

“I consider it an honour to have been able to represent the academic community of the Faculty of Science for the past four years. I will try to maintain the trust that has been placed in me for the next four years. I want to continue to cultivate the faculty as a space for free and creative work of all academic employees, especially for free discussion. I believe that education aimed towards critical thinking and a sense of factual argumentation is our basic mission in relation to students and to society as a whole. I consider it important that the faculty is open to cooperation not only with other faculties, but also with the general public,” said Kubala.

Doc. RNDr. Martin Kubala, Ph.D., graduated from the Faculty of Mathematics and Physics of Charles University in Prague. He majored in Physics, with specialisation in Biophysics and Chemical Physics. He completed his doctoral studies at the same faculty and worked there as an assistant professor for one year. Since 2005 he has been teaching Biophysics at the Faculty of Science, Palacký University Olomouc where he was granted associate professorship in 2010.
He specialises in the use of optical spectroscopy to study the relationship between the structure and properties of organic molecules, especially biological macromolecules. He has been working on one of the most important animal cell enzymes, the sodium-potassium pump, where, in addition to its structure and function, he also analyses its interactions with pharmacologically important substances.